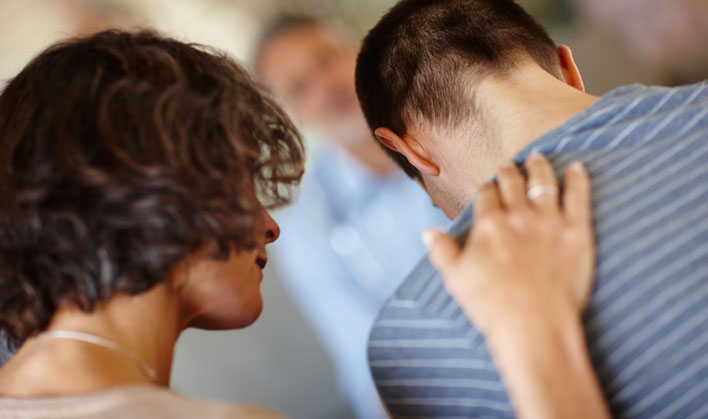 People suffering from anorexia cut down on their food intake drastically, which causes dramatic weight loss. They will often use tools such as excessive exercise, purging, laxatives, enemas and diuretics to lose more weight.

Most people with anorexia have a distorted view of their body and an intense fear of gaining weight. One of the most obvious symptoms is anxiety around food, with the person skipping meals, cutting out types of food, being secretive about eating, and severely restricting.

The nature of the disorder means anorexia sufferers may truly believe that they don't have a problem. The nature of the illness, combined with the effects of malnutrition often also cause personality changes, mood swings, and confrontational behaviour, particularly around food.

It can be difficult to decide if your loved one has an eating disorder or is simply getting carried away with dieting or food fads or maybe behaving like a "typical teenager". People with the disorder often make a huge effort to disguise their eating and body changes, and commonly deny that anything is wrong. This is a not a deliberate or deceitful act on their part, but a common characteristic of the disease.

If you think your loved one may have anorexia, look out for these warning signs.

If you or a loved one is showing signs of anorexia, it's important to seek help straight away. Anorexia is a very serious illness, but it can be cured, especially if it's found and treated early.